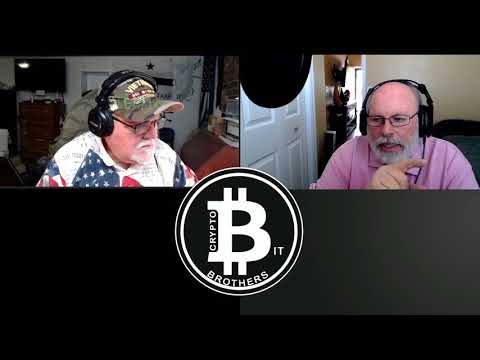 Survey Responses Are IN!

I want to thank everyone who replied to our survey! Your feedback is extremely valuable!
​
​
Here are the results and how they're helping shape our direction.
​
​


What goals would you like to see us accomplish? What's most important to you in how this Quadriga situation ends?

This was an open-ended question and the answers varied widely (and there was definitely a lot of responses which mentioned multiple goals). Here's a summary:
The justice theme has been entirely overlooked by what we're doing. Discussing the idea on the Quadriga Uncovered Telegram group, it was determined that there was definite interest in a potential letter-writing initiative. One possibility would be sending letters to the RCMP to request the exhumation.
​
​


Is there any part of our initiative which confuses you?

Almost universally, there was no mention of any confusion.
The feedback we did receive:
Please feel free to reach out on Telegram and Reddit if there are any further questions!
​
​


Is it more important to you that we focus on (a) helping victims of Quadriga recover, (b) educating more people about Quadriga and other exchange fraud, or (c) preventing future exchange fraud events like Quadriga?

Of the first or only choice picked, 70% chose (a) helping victims of Quadriga recover, while 30% chose (c) preventing future exchange fraud events like Quadriga.
(a) was mentioned in 80% of cases, and top choice in 70%.
(b) was a second choice in 30% of cases and mentioned in 35%.
(c) was mentioned in 65% of responses and top choice in 30%.
The educational portion of our initiative was seen as the lowest value. We are floating the idea of replacing the Education goal with a separate Justice goal, which is composed of letter-writing and other advocacy to help speed up any potential criminal investigations.
​
​


What bothers you most about Canadian cryptocurrency exchanges?

The responses varied widely. Here's a selection:
There is clearly a lack of satisfaction.
​
​


Should preventing events like Quadriga focus more on regulatory reform (working with regulators) or trying to create change through setting the example on one exchange and go from there (similar to how "Tesla" has electrified vehicles)?

Overall summary:
Pressing forward on both fronts appears to make the most sense.
​
​


Would you rather have the recovery run inside of a for-profit exchange (sort of a marketing/promotion idea to push people onto a safer exchange) or as an independent group of affected users pushing for our own interests (working with the safer exchange and other businesses potentially similar to a labour union or political advocacy)?

The end result:
We will be working to run this independently, however working closely with our partner exchange as a joint project (and it is definitely a promotional tool for them).
​
​


If given the choice, would you prefer (a) $20 cash each year for 10 years (slower recovery with full choice), or (b) your choice of $200 worth of discounts on products/services that are donated by small businesses which you could use this year (faster recovery with less choices)?

60% indicated a preference for (b), and 40% had the preference for (a). There is clear interest in focusing on both, which will push the fastest and most flexible recovery.
​
​


Affected users have a liquidation option which allows non-victims to purchase their tokens on the exchange. How do you feel about charging non-victims a small fee (5 cents per token) that is split between funding the project and a pool for affected user payout?

50% expressed outright support for the idea. Below are more detailed responses and comments:
At the moment this has not yet been agreed upon by the partner exchange.
​
​


Have you discussed the project with anyone else who lost funds in Quadriga? What kind of feedback are you hearing?


Many affected users have strong privacy concerns and shame regarding what happened to them, such that they are even hesitant to share basic details. What do you feel is the best way to build trust and openness among the affected user community?

Here are some of the replies:
​
Notes: Percentages rounded to the nearest 5%.
​
​
Thank you very much for everyone who took the time to respond! We will continue to study your answers as we move forward!

One week after announcing their intentions, the Blockchain Charity Foundation (BCF), the non-profit organization and the philanthropic arm of Binance dedicated to the advancement of blockchain powered donations for the disadvantaged, on Feb 19, 2019, launched its pilot, Lunch for Children Program that will see 200 children and staff members at the Jolly Mercy Learning Centre in Uganda enjoy ... “Donations for the fund in all our eight locations are accepted only in blockchain assets – like bitcoin, ethereum, tether, etc. We chose blockchain mainly because it helps in establishing trust by recording a trail of funds, and gives people an opportunity to hedge their investments for the larger good,” Singh told YourStory in an interview. Bitcoin donations are an excellent way for charities to encourage more donors to participate. For donors, sending funds in Bitcoin is easy, as long as the charity has an online wallet set up. And for charities, they can receive funds from around the world, from a modern type of donor, who prefers this payment method. “ Bitcoin is an exciting, new digital currency that allows for global ... — Binance (@binance) April 17, 2019. Subsequently, Changpeng Zhao, CEO of Binance, also declared his support for the goodwill cause, imploring crypto user to help reinstate the historic landmark with Bitcoin. “If we can push crypto to the last mile of the Cathedral building, it’s the ultimate adoption. Bring crypto to religion!” Zhao said. Binance Charity Foundation is taking substantial steps in that direction by increasing the transparency of donations so we can see where the goodwill of the donors is going and what impact it has.” MEP Kaili saw hidden banking fees an area where blockchain can make some meaningful changes, arguing, “USD 130 billion of hidden fees are now the reality for the banking sector and any ... In this article we briefly review how charities can benefit from bitcoin donations during GivingTuesday and what are the fundraising opportunities. Bitcoin (BTC) is the first and prevailing cryptocurrency, created in 2009 by an anonymous individual/group and that uses peer-to-peer technology to enable payments without using banks. This electronic cash system is open, public, borderless ... The foundation is initiated by Binance — the world’s largest cryptocurrency exchange by trading volume, headed by Helen Hai, UNIDO goodwill ambassador, with Marie-Louise Coleiro Preca, President of Malta as the Chair of its senior advisory board. The British blockchain platform Alice.si is a social tool, that allows charitable organizations to increase donations and at the same time ...

ALTCOINS PUMPING!! Altcoin Season How To Get 20% Off FEES ON BINANCE!